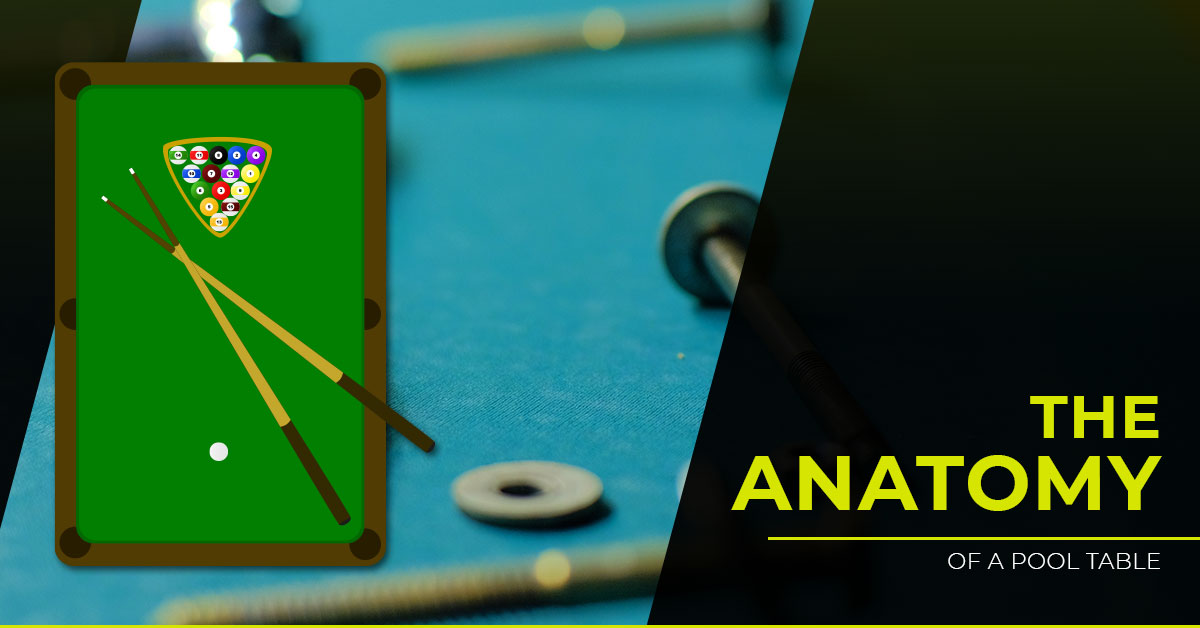 If you’ve recently purchased your first pool table, or are just starting out in the sport, you may have heard some terminology that you did not recognize. For example, most people can figure out where the pockets and bumpers are on the table, but what about terms like “head string,” “cabinet,” or “The Kitchen?” There are plenty of terms used by pool players that are not very intuitive if you have never heard them before, and it can be embarrassing to have to ask “what’s that” every time you hear a term you are unfamiliar with. That’s why we would like to take the time to help our customers become more familiar with the different parts and terminology that are required knowledge if you want to play like a pro.

If you need pool table repair or are in the market for a new pool table or pool table equipment, contact Extreme Billiards Indy today! We can’t wait to hear from you!

In this blog, we have created a handy infographic to follow along with to make it more clear what parts of the table we are referring to. In this section we will review the different parts shown in the top half of the infographic above.

This section of the infographic focuses mainly on the play area and all the different areas and markings on the top of the table.

And there you have it! You are now equipped with all the terminology you need to become a pool pro! We hope that this post will be helpful for anyone who currently owns a pool table as well as anyone in the market to buy a new one. If you want more information about pool and other tabletop games, contact Extreme Billiards Indy today!